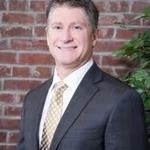 Managing Partner Location: Jeffersonville, Indiana Phone: 812-258-9654 Fax: 812-590-3094 Email: Email Me Prior to entering the legal profession in 1995, Paul Brizendine was a union member, as well as an elected Steward and Committeeman for the Oil, Chemical and Atomic Workers' Union (OCAW) Local 4-16000 at the Ethyl Corporation Houston Plant in Houston, Texas from 1987 through 1991. His union experience in assisting the membership in employment matters, contract negotiations, and grievance proceedings sparked an interest which eventually led him to law school.

Paul Brizendine earned both his Doctor of Jurisprudence (J.D.) and Master of Science (M.S.) in Geology degrees from the University of Tulsa, in Tulsa, Oklahoma, in 1994. After moving to southern Indiana and obtaining licenses to practice law in both Indiana and Kentucky, Mr. Brizendine established a law practice with an emphasis in workers' compensation, social security disability, and personal injury law. Brizendine Law Office, LLC is located in Clark County, Indiana, in what is considered to be the Louisville, Kentucky/Southern Indiana metropolitan area.

Thank you for contacting us. We will get back to you shortly.

Please complete all required fields below.

We offer a free consultation and we’ll gladly discuss your case with you at your convenience. Contact me today to schedule an appointment.